Faster Response Times: What We’re Working on Behind the Scenes 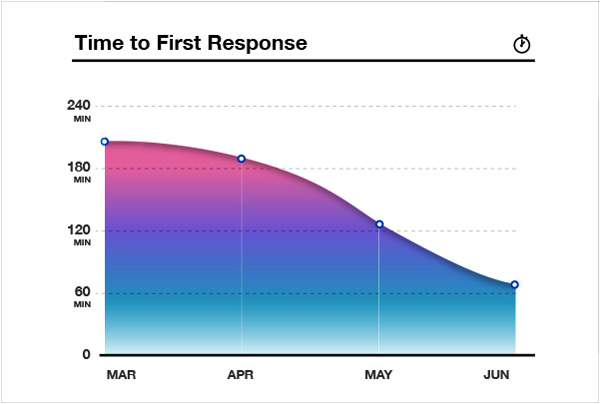 This past spring, we committed to reducing our average response time for standard requests. We set a goal of ensuring that 100% of the thousands of requests we receive a day receive a response within three hours.

Here are the cold hard facts:

Yes, it’s great that we’ve reached our initial goals- but we aren't going to stop there. We’re working hard to reduce our response times to less than one hour. We’ll continue to reach for reduced response rates as well as improving the consistency and quality of our work.

We also want to hear your feedback, and will actively be conducting voice of customer research over the summer, so we hope you'll be willing to participate.

We’re looking forward to providing you with the next round of good news!