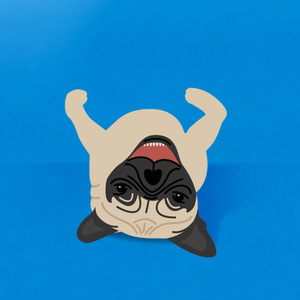 When we launched Fancy Hands almost 4 years ago, things were a bit different. There was only one person on the staff back then, now we've got considerably more. We had dozens of assistants when we launched, now we have thousands. Users could only submit tasks through email, now we have all kinds of apps and interesting ways to keep in touch. But for the most part, our subscription plans have stayed the same. But we're not done, we're super excited to announce a few big changes.

The biggest change is that from now on, your tasks rollover from month to month! So if you're on the 5 task per month plan and only use three, you'll have seven when the next months starts. As long as you have an active subscription, your tasks will continue to roll over. (Once you cancel your plan, the tasks go away).

We've also spent a ton of time working to help you anticipate what you need to do next. In fact, we've totally redone how we identify what you need to do next. Our algorithms have looked at your past tasks, and if you opted in, our system looked at your calendar to help figure out what you should be doing next. We're introducing a totally optional new integration that allows us to help you stay on top of your life. You can hook up your email with us and we'll automatically suggest what needs to happen next. So if someone says, "Hey, let's get drinks later" or "we're heading to Mary and Steve's anniversary next week" we'll take the lead and help you schedule, coordinate, research, and communicate with the right parties... all with just a click of a button.

Users have seen these suggested tasks on their dashboard and in the iPhone/Android apps already. But today we're also rolling out a new Chrome browser extension that makes these suggestions available whenever you need them. On top of that, you can interact with your tasks without going to the site, and even get notified immediately when we're done.

With our integration with Google Calendar, we're still the absolute best way to schedule your appointments. However, scheduling is no longer free. Scheduling appointments will now require a task credit just like any other task you send in. However, since tasks rollover, you should have some to use!

Also, and it pains me to say it, because making purchases for our users has always been a popular feature. But we're putting a temporary pause on our ability to buy things for our users for the time being. However, we've had some issues with our partners and haven't been able to keep this feature running 100% of the time. So I made the decision to take it down until we know it will be available for everyone, at everytime, for larger purchases. I apologize about this, but we'll get it back!